Joanna and Jacqui share a host of West End credits including The Phantom of the Opera, Avenue Q, South Pacific, Master Class & Jekyll and Hyde. Their jazz and cabaret appearances include The Pheasantry,The Jazz Cafe, Dean Street Jazz Club, The Carlyle, Feinsteins and most recently 54 Below in New York.

The most exciting thing in cabaret today, Joanna Strand and Jacqueline Tate are the perfect vocal duo. Jacqui is a natural comedienne and Joanna effortlessly elegant at all times. The result is an act should be compared to that of Julie Andrews and Carol Burnett’. James Lessiter, Cabaret News 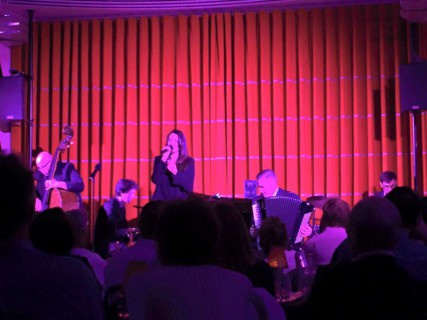