Arthur Aimone has just received his new Beltrami CVC5 which is based on the latest model as imagined by Ben de Souza who received his about three years ago while he was studying at the Royal Academy of Music. It’s great to see a young player with such a lovely professional instrument and we hope it will make him a even better player. Arthur has been studying accordion with Ben de Souza. He now has no further use for his previous smaller accordions both of which are featured on our website.  There is an opportunity to purchase a very nice well kept Pigini B2 and a Weltmeister Fixed Free bass model 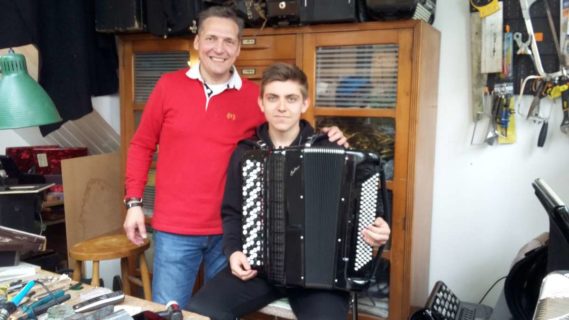