The Romano Viazzani Ensemble has been busy preparing for their Sunday lunchtime concert.  It’s with great sadness though that they are to lose their long-time excellent double bass player Yaron Stavi and his fiancée the wonderful violinist Corinna Hentschel as they are emigrating to Germany.  Stavi was with the very first combination of the ensemble back in 2009 and he and Corinna Hentschel have been RV Ensemble stalwarts since it’s relaunch in 2016. They will be sorely missed both as musicians and as friends and the Ensemble wishes them well in their new home.

The ensemble is very lucky to secure two wonderful new permanent members in the form of Nick Pini on double bass and Barbara Dziewiecka-Data on violin who will be stepping in on March 10th.

The Ensemble will be playing Tangos by Piazzolla, Traditional Tangos and some new compositions form the Ensemble’s forthcoming album London Tango.

You can also enjoy some of the ensembles concert highlights from the past few years’ concerts here: https://www.youtube.com/watch?v=ckbt5R095TI 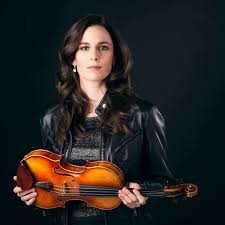 Barbara Dziewięcka is a Polish violinist based in London. She graduated from Guildhall School of Music and Drama and Royal College of Music in London where she studied with Krzysztof Smietana and Itzhak Rashkovsky.

Barbara is a winner of numerous competitions including The Audience Prize at St. Martin in the Fields Chamber Music Competition in London.

Since 2010, Barbara has been regularly working with Nigel Kennedy as a member of his ‘Orchestra of Life’ and individually, including numerous tours, viola leading at 2013 BBC Proms Festival, and a Gala Concert at the Royal Albert Hall with special guests Jean-Luc Ponty and Robert Plant. She also appears on Kennedy’s album ‘Recital’ recorded in Abbey Road for Sony Classical.

As a violinist in a Latin-American group called Classico Latino, Barbara performed in Colombia, including concerts in Teatro Mayor and Teatro Libre, and also recently recorded an album called “Havana Classics”, in legendary Egrem Studios in Havana, Cuba.

Barbara also enjoys other music genres, and she recently performed with Quincy Jones, at the O2 arena in London.

Barbara is a passionate chamber musician. She co-founded the The Ultimate Tango Project and recorded a CD with Astor Piazzolla’s music in new arrangements with an innovative approach to interpretation.

Nicholas Pini is the black sheep of the Pini family musical dynasty, wandering off-piste at an early age to explore different genres of music. After studying jazz performance at Trinity College of Music he has continued to enjoy a career playing and arranging for many different artists, from Folk/Americana artists such as Laura Marling, Ethan Johns and Nick Mulvey to Jazz musicians Jonathon Gee and Will Butterworth as well as MD’ing for Broadway singer Ramin Karimloo with his Broadgrass project. 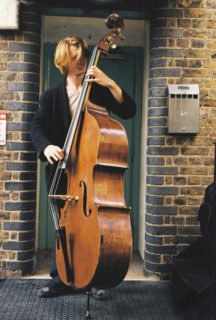 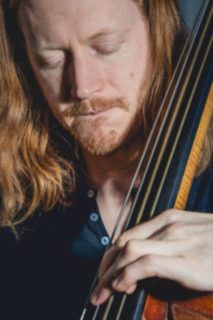