Many congratulations to Sofia Ros 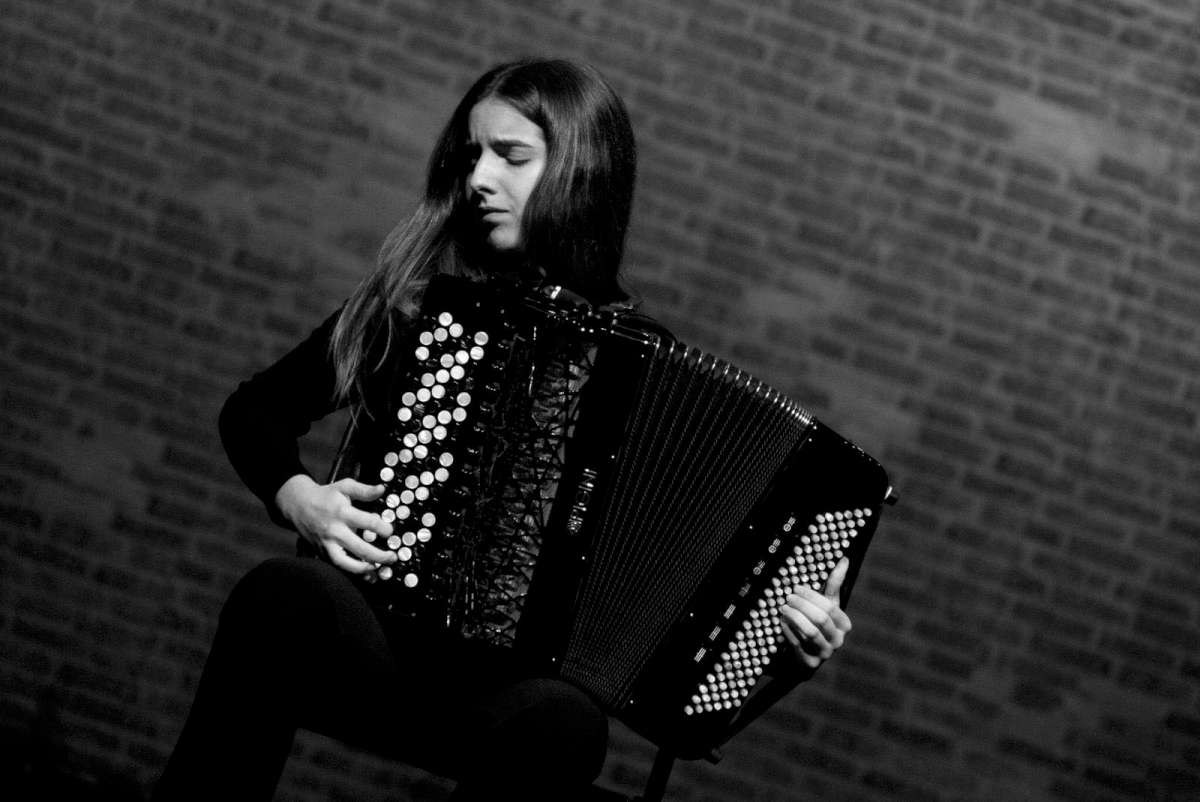 Eighteen year old Spanish accordionist Sofia Ros, has been recently awarded the 1st prize at one of the most prestigious International Competitions for accordion “70th Edition Trophée Mondiale de l´ accordéon” at one of the two major categories ´Junior Classique´. This competition is usually held in different places all over the world, having this years edition online for the first time.
There were 33 international contestants and 18 Jury Members in her category from countries such as Russia, China, Ukraine and Moldova. The competition was divided into 2 rounds, with only 14 contestants getting into the 2nd round, where she was the only Europe representative.
Sofia is currently in her first year at the Royal Conservatoire of Scotland, with the well-known accordionist Djordje Gajic.She started playing accordion at the age of 6 in her hometown Santander (Spain), graduating from the ´Jesús de Monasterio´ conservatoire at the early age of 13, when she gained a place and full scholarship to study at Scotland´s National Specialist Music School ´St. Mary´s Music School´ in Edinburgh, where she studied music and received accordion lessons for 4 years.She has received awarded in national and international competitions abroad such as the 3rd prize at the International Accordion Competition “Citta Castelfidardo” 2011, Italy (and most recently their “City Council Administration Prize” 2020, 1st prize at the National Young Performers Competition “Ciudad de Cuenca” 2012 (Spain), 1st prize at the national “Arrasate Accordion Competition” 2012, 2018 and 2019 (Spain), 3rd prize at “Klingenthal” 2014 (Germany) and 1st prize at the XVI International Competition of San Vincenzo La Costa 2019 (Italy).
Awards in Scotland include the “Ailie Cullen Memorial Prize” at the CVII Glasgow Music Festival 2019 and the Directors Recital Prize at St. Mary´s Music School 2020.

Her experience as a concert soloist includes performing Richard Galliano´s ´Opale Concerto´and Astor Piazzolla´s Double Concerto in the Queen´s Hall in Edinburgh. She has also given solo and chamber music recitals in Scotland in venues such as St. Mary’s Cathedral, The French Institute and The Royal Yatch Britannia and in Mondragon, Santander, Hernani and Zarautz in Spain.

Sofia’s repertoire ranges from original works for accordion to transcriptions and chamber music. For this competition, she played works of Scarlatti, Albéniz, Londonov, Kusyakov, Lorentzen and Schnittke. ZZ Music would like to extend to Sofia sincerest congratulations on her achievement.