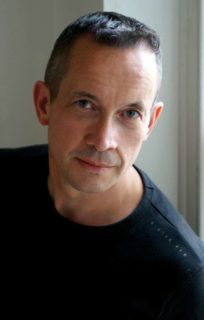 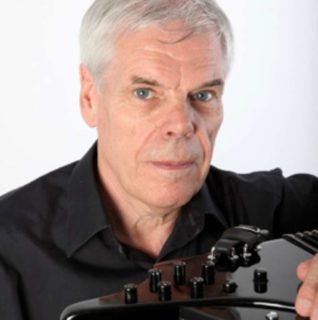 The accordion has sometimes been accused of sounding “old-fashioned” and perhaps one might be forgiven for thinking the same when listening to an amateur busker playing a clapped-out, badly-tuned accordion on a windy day on the high street. It is rather fitting then that this most mechanically sophisticated instrument, which was only patented, albeit in a much more primitive form, in the 1820s and conversely, is therefore one of the most recent acoustic instruments to be invented, that Jonathan Dove chose to send it on a journey into space up amongst the Aurora Borealis – the phenomenon caused by the sun’s rays travelling through space and interacting with earth’s magnetic field over the Arctic Circle. The premieres of this concerto coincides with a BBC series Earth from Space which, on the 1st May, the day before the first premiere, showed film taken from a satellite showing the Northern Lights seen from above and the red peaks that we don’t see from an earthly perspective.

In a nod to the accordion’s folk roots Dove also manages to refer to the Scottish Island of Orkney, where Sir Peter Maxwell Davies, to whom the concerto is dedicated, lived. Dove took up the commission after Sir Peter, who was originally to write the concerto, sadly died. I couldn’t attend the Edinburgh world premiere, nor the Glasgow premiere but did manage to get to the Aberdeen premiere and I’m very glad I did as it is a piece which has depth, paints some amazing orchestral colours and is very accessible to all without being banal.

The accordion starts with some left-hand chords and right-hand piccolo reed sounds which are very soon echoed by the orchestra imitating the accordion which builds to the most wonderful orchestral flourish that propels one straight into space. Great to hear the double bassoon responding to the accordion and as the tension builds with accordion interjections the glockenspiel provides some wonderful tingling which rises high above the orchestral throng, taking one up and over the earthly view of the lights to what can only be seen from above. Despite the difference in tonal weight between the accordion and orchestra, the accordion is exposed enough to be heard when it leads but then also adds it’s inimitable sound to passages where it is just part of the bigger orchestral texture. Dove uses some ingenious devices to create the feeling of the vastness of these dancing lights in space and at one moment a very low note from the double bassoon at the back of the orchestra merges seamlessly into the accordion’s low left-hand note at the front of the orchestra, giving the audience the impression that something is coming towards it.

The second movement starts with some melodic accordion playing in the right-hand and Owen Murray’s beautiful left hand registration almost fills that ethereal space, normally the mainstay of high bassoon or clarinet, to counter it with harmony. This woody roundness of the accordion runs which follow are further underpinned by the roundness of the vibraphone which also adds to the other-worldly feel of the piece. The movement ends with very high bowed strings drawing similarities from the accordion’s very high notes cutting through with the assistance of hand vibrato.

The third movement starts with the lovely melody which is a nod to Sir Peter Maxwell Davies’s Farewell to Stromness, it’s folky feel serving to perhaps to bring the listener back down to view the Aurora from the earth. The orchestra continue to echo the accordion with some trill-like passages. The accordion’s bellow shakes are also echoed in the “scrubbing” strings and then the melody returns triumphantly in the brass. Twenty minutes of music just flies by and whilst other composers have sent the accordion into the cosmos before this piece for me has to be the most successful to date. It’s like listening to a film soundtrack but the pictures are in one’s mind and sometimes you are watching the action of the lights from above, from below and sometimes they are all around you rushing towards you and away again.

Owen Murray, a veteran of many premieres, yet again succeeds in convincing the audience that the accordion has a rightful place both in front of the orchestra as well as in it and therefore part of its entire sound. I was so pleased to see him up there after fulfilling his dream of leaving accordionists with a legacy of wonderful concert material, knowing well the agony he went through to deliver this project even when, with Sir Peter’s sudden death, it all seemed like it was never going to happen. I would urge all accordionists to remember well this piece which Owen Murray will promote for the next two years now in the hope that many will play it after him.

The Scottish Chamber Orchestra also played brilliantly under the able baton of Clemens Schuldt with great communication between section leaders and the conductor.  They are so animated and exciting to watch and they feel so youthful even though they are visibly made up of musicians of all ages. It was lovely to see Zoe Tweed playing French Horn so beautifully in the orchestra too.  She is the daughter of accordionist Karen Street and saxophonist Andy Tweed and even dabbled in the accordion herself a few years ago. She told me that she and the orchestra really liked the piece too and I have to say that it showed. They also played Mozart Symphony No.34 in C K338 just before Dove’s concerto and then Ligeti’s Concert Romanesc and Haydn’s Symphony No.90 in C.  The highlight was definitely the premiere and I wish both Owen Murray and Jonathan Dove a lot of luck with it as I believe this piece really has legs. I’m slightly biased but The Scotsman and The Times both seem to agree. I was very pleased to hear that Jonathan Dove has worked with many accordionists over the years and even plays a little himself to aid his composing.  I was even more pleased to hear that he would happily write more for the accordion in the future.

The Northern Lights Photo courtesy of Donna May